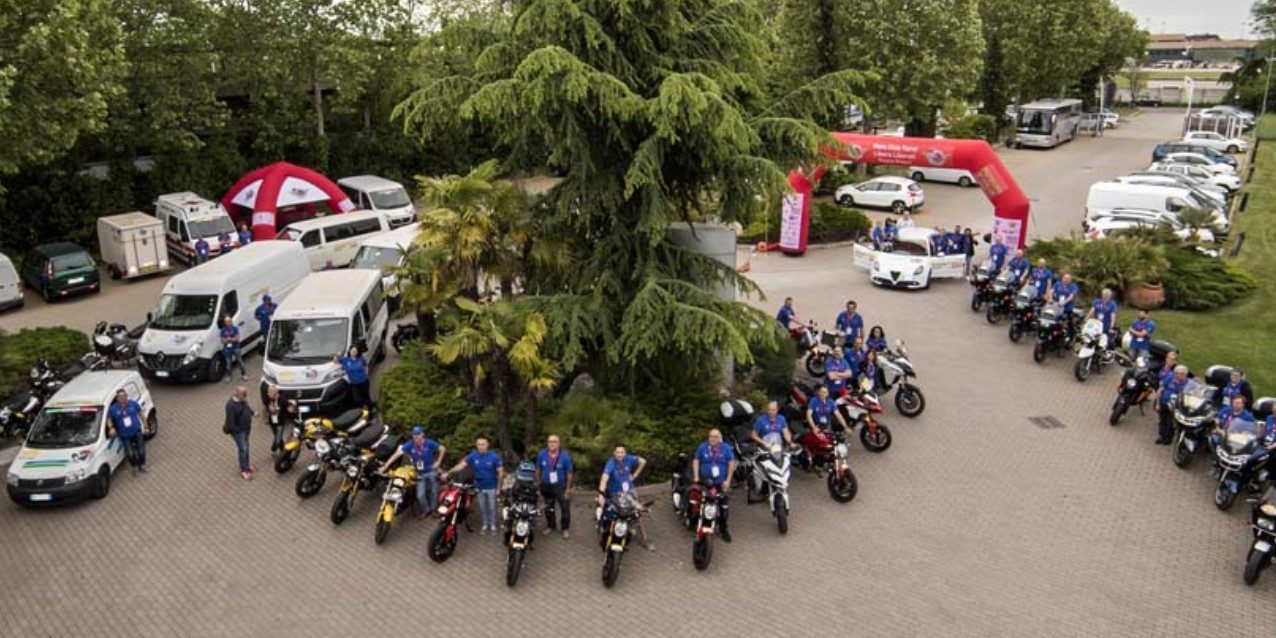 Pesarese leg of the Moto Giro 2021

Organized by the “Moto Club Terni” named after the unforgettable champions, Libero Liberati and Paolo Pileri, born in the Umbrian town at the foot of the enchanting Marmore Falls, the "Moto Giro" with the participation of the cars, is the historical re-enactment of what has been the “Mille Miglia” of two wheels since 1914, obviously now as a proof of regularity.

For this edition 2021, that of the restart, yesterday saturday 16 the wonderful motorcycles and cars participating made a stop at the Pomodoro Ball, for a stamp check and a refreshment point, before the final rush at the Misano World Circuit "Marco Simoncelli", from which the "Giro" started last Monday. The Pesaro appointment was organized by the Municipality with the participation of the Association Land of Pilots and Motors. A warm autumn sun allowed a large audience of onlookers and enthusiasts to admire the motorcycles for a few minutes, beautiful and in many cases rare and the Likewise magnificent and rare participating cars, during the stop in Piazzale della Libertà, while the pilots and crews were received by the Land Director of Pilots and Engines, Raffaela Rossini and refreshed by the delicacies prepared by the "El Cid" Restaurant -Bar. Our province and all the Marches, in the demanding six stages they were crossed several times. 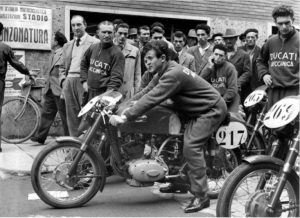 Round ,with several foreign participants, named after Marco Simoncelli, left on Monday 11 from the Misano racetrack named after him, crossing our hinterland, continued crossing Bocca Seriola, towards San Sepolcro, Pieve S. Stefano, to then lap the Marches again for the arrival in San Marino. The 2nd stage saw the participants pay homage to San Leo and then arrive in Umbria, where after Gubbio and Assisi there was the end stop in Todi. Stage number 3 from the Umbrian city it reached northern Lazio, passing through Viterbo, Montefiascone, the Lake of Bolsena , to then "move" to Tuscany for arrival in Grosseto. Thursday the 4th day saw the “jewels” of the event , return to Umbria crossing again enchanting places to arrive in Spoleto in the evening. Friday from the Terme del Clitunno, crossing the central Apennines, the Giro returned to the Marche, also crossing the places hit by the earthquake, to then climb the Sibillini with passage to Amandola and Sarnano, to then descend for the arrival of Trappa in Ascoli. The 6th and last stage, it touched the provinces of Macerata, the hinterland of Ancona and Senigallia, then again in our province crossing several municipalities of the Colli al Metauro, to get to our "Ball". Restart and could not miss the Panoramica San Bartolo, before the virtual "checkered flag" at the "Marco Simoncelli" in Misano where it all started ... alone 6 days before.

Some "centaurs" from Pesaro also participated in the tour, including the well-known producer of television programs, obviously on the theme of tourism in motion, Emerson Gattafoni. Now all that remains is to wait for the edition 2022, launching the idea to our institutions and to the Land of Pilots and Engines, perhaps a fine stage in Pesaro. 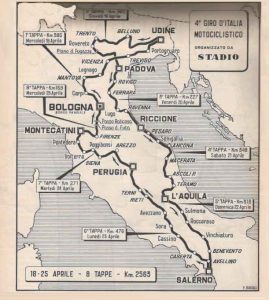 Motors and truffles meet in the land of Valentino Rossi
18 October 2021
News summary
Last news
follow us on Facebook!